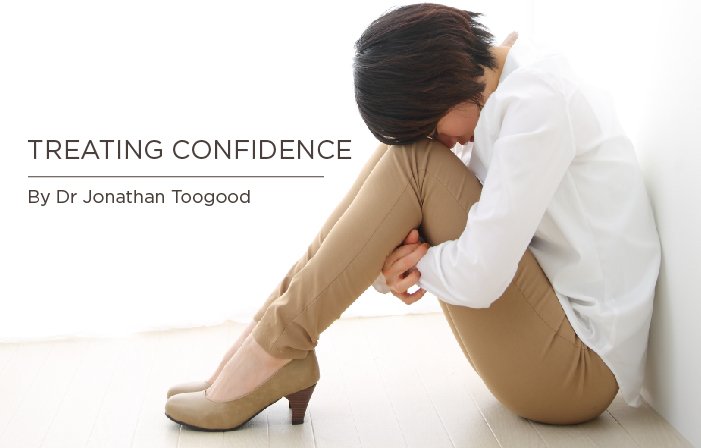 I am often asked to talk to groups of people about plastic surgery, as the subject never seems to be “old news”. Disappointingly, when I ask what the group would like to hear about, the answer often comes back as “body dismorphic disorder”.

Body dismorphic disorder (BDM) involves the belief that one’s own appearance is unusually defective and worthy of being hidden or fixed. The problem comes in when the patient’s thoughts are intrusive and they start to impair normal functioning and social interactions.

In ten years of practice I can honestly say I have only seen a handful of patients who suffer from BDM. Every day, I treat patients who are informed, rational and most of all just want to look “normal”. It is particularly satisfying to see my patients “self-actualise” after surgery. Like the middle-aged lady who joined the mission field after breast reduction surgery. Or the mommy who completed her first marathon after abdominoplasty.  I think of one of my patients who lost a lot of weight and became a personal trainer, specialising in helping very large ladies shrink back down to size.

Patients often come to me when they’ve reached the climax of their self-improvement plan, but sometimes the surgery itself spurs a self-improvement plan. Surgery should not be seen as the end, but rather as part of your plan to live your best life. It comes down to confidence – you have the confidence to change something that has bothered you and then you gain confidence by changing it.

Recently I ran into one of my breast reduction patients – a mother of two small children who needed more than three kilograms removed from each breast. I asked her what the biggest change in her life had been since surgery, expecting the usual response: clothes fit better, less backache, improved sleeping. But I was stunned when she said: “People look at my face now.” The vast majority of patients are not obsessed with having a beautiful body, neither are they morbidly unhappy with themselves. They just want to be free from the tedium of compensating for some part of their physical being that is holding them back from being all they want to be.